All those in favour, raise your hands 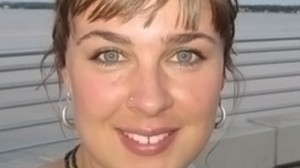 Jarra Hicks, co-founder and Director of the Community Power Agency, says, “The lack of political action has been an instigator for a lot of people on the ground. I think we’re getting to the point where there’s enough people and enough interest that we’re having successes of our own but we’re also able to influence the shape of policy.”

Jarra’s enthusiasm for the community energy sector is infectious. “Having witnessed how other communities have done it overseas and being able to share those stories and images with people is really compelling,” she says. Yet she remains grateful for the opportunity to share this inspiration, which is both refreshing and endearing.

Very active in the climate change and anti-coal movement during her university days in Newcastle, Jarra  further shaped her community-based orientation in the alternative food movement, helping to build a community supported agriculture program connecting people with food origins. Then her research focus on how communities respond to climate change connected her with communities seeking solar bulk-buy purchases and with Hepburn Wind at the then pre-planning-approval stage.

Jarra’s years of travel through North America and Europe researching inspiring community energy projects have fed her motivation since her return to Australia. “Knowing there are [urban] community groups, transition towns, climate action groups as well as regional groups that would like to really embrace community energy” but had not yet conceived the possibilities, has led to her extensive community consultation here to help spread her knowledge and experiences. She has helped initiate and develop the early stages of New England Wind out of Armidale, NSW and, more recently, Mount Alexander Community Renewables out of Castlemaine, Victoria.

“There is present in communities the will to make change and live more sustainably; to address climate change and enrich their relationships with each other.” Jarra is proving to be a great spokesperson for that will, as well as the many benefits of community energy.

“It has so much to offer [not only] getting renewable energy installed, but also building relationships in communities, building people’s skills, building people’s knowledge, their engagement as active supporters of renewable energy; building local economies; all of these different benefits including the environmental ones. What makes it so exciting is this broad appeal to such a range of people with different motivations.”

Growing up in Asia has afforded Jarra a deeper perspective, from which she sees how our choices affect the environment and other people in a global sense. She effectively distills this knowledge to help community groups through an holistic approach to these choices, encouraging us to consider what we may not have exposure to, yet can relate to as members of a community.

“It’s come a long way in the last few years in terms of the general population starting to get what it might be.” The ‘it’ is a unique combination of appropriate and beneficial social, environmental and economic outcomes which has the power to transform anyone exposed to community energy to rapidly become a supporter.

Rapid uptake successes in community energy overseas in Denmark, Scotland, Germany and USA have resulted from the following things occurring simultaneously: systematic removal of barriers in electricity markets, grid networks, and public policy; provision of funding support mechanisms such as grants or low-interest loans; access to mentors and technical assistance such as wind mapping and solar mapping.

As exciting as these times are, Jarra remains pragmatic, yet encourages, “It would be great to have incentives to support this growth, but all we really need is for everyone who is interested in this space to pitch in and do what they can to help us remove the barriers, to open the space in local communities, in the electricity market, in the grid network, in the policies.”

And so say all of us.

© 2022 C4CE. | C4CE does not endorse or assume any responsibility for members, community groups or their initiatives
Embark trading as Coalition for Community Energy (C4CE)