Sign-on and call for a Victorian Community Energy Target!

Sign-on today to throw your support behind the community energy sector.

Why a Community Energy Target?

After the introduction of the Victorian Renewable Energy Target in 2016 it became clear that while there was support for large scale renewables, community generators were typically too small to benefit from this policy. Likewise, households and businesses have subsidies available through Solar Homes. The gap is the mid-scale market of 1-10MW.

This position was echoed in the State Government’s Inquiry into Tackling Climate Change in Victorian Communities, which recommended the introduction of a Community Energy Target.

How big would the Community Energy Target be?

How would it be delivered?

It could take many different forms, it could be a Feed-in-Tariff from the State Government (rather than your retailer), it could be an annual payment or something completely different. At the end of the day, the government will need to decide how to best implement this target while giving the sector security.

How can I support this campaign?

There are a few actions you can take today that would be really helpful! 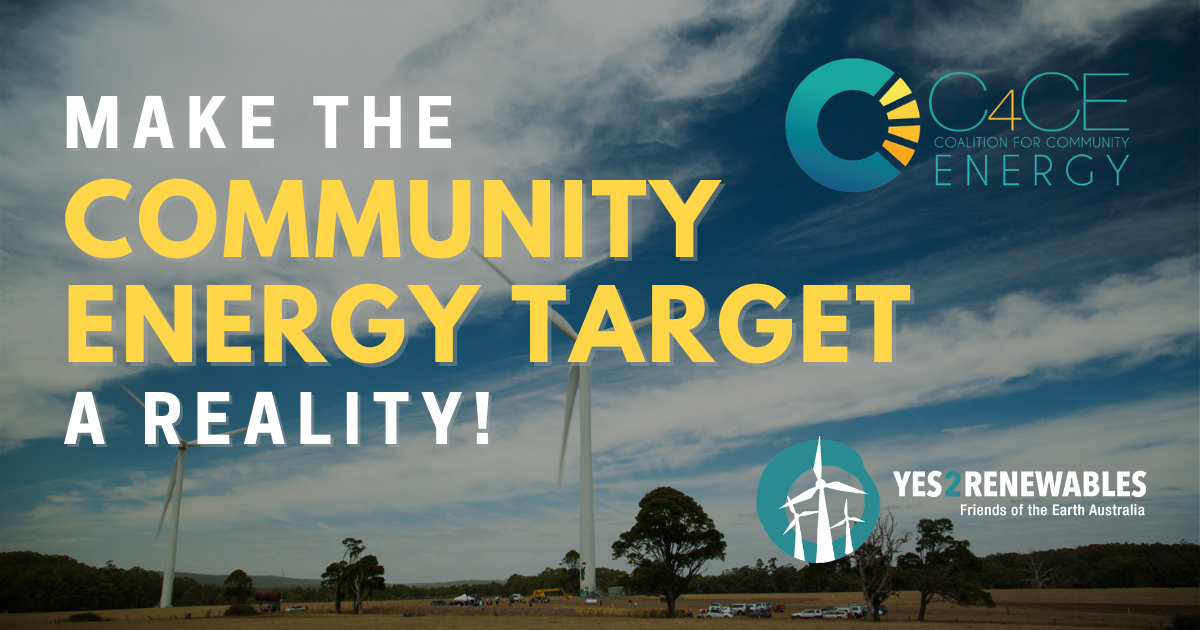